A major international trade show at WORLD AQUACULTURE Singapore 2022 is the place to learn about the latest aquaculture technologies presented by exhibitors from around the world. 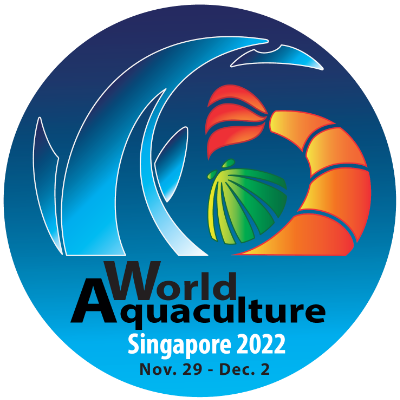 Next Generation Aquaculture: Innovation and Sustainability will Feed the World

Minister for Sustainability and the Environment , Republic of Singapore

Ms Grace Fu graduated with a Bachelor of Accountancy (Honours), and subsequently obtained a Masters of Business Administration from the National University of Singapore. She began her career in 1985 with the Overseas Union Bank, and later with the Haw Par Group, in the areas of corporate planning, financial controls and business development.

Ms Fu joined the PSA Corporation in 1995, and took on different responsibilities in finance and marketing. She held the position of Chief Executive Officer, PSA South East Asia and Japan, where she was responsible for the business performance of PSA’s flagship terminals in Singapore, Thailand, Brunei and Japan.

Ms Fu was elected as a Member of Parliament in June 2006 for the Group Representation Constituency of Jurong, Yuhua Division. She contested and won her seat in the Yuhua Single-Member Constituency in the 2011, 2015 and 2020 General Elections.

In July 2020, Ms Fu was appointed Minister for Sustainability and the Environment.

Ms Fu is a member of the Central Executive Committee of the People’s Action Party and holds the appointment of Organising Secretary.

Matthias Halwart heads the Aquaculture - Global and Regional Processes Team of the FAO Fisheries and Aquaculture Division and serves as Technical Secretary of the intergovernmental FAO Committee on Fisheries (COFI) Sub-Committee on Aquaculture. His focus of work over the past three decades have been to strengthen and advance aquaculture development, farming systems, biodiversity conservation and sustainable use, and integrated agriculture-aquaculture as in rice-fish systems where he also obtained his PhD. Matthias is an advocate for participatory, cross-sectoral and nutrition-sensitive approaches in the agricultural sectors including aquaculture. His professional achievements include numerous field assignments mainly in Asia and Africa, key studies and reviews in the fields of aquaculture and aquatic genetic resources, and the successful convening of global aquaculture events with key partners such as the FAO/NACA Global Conference on Aquaculture Millennium +20.

WORLD AQUACULTURE Singapore 2022
We are more than happy to help facilitate your accommodation and transport needs. Special arrangements can be made to provide complimentary shuttle bus services from your hotel* to Singapore EXPO.

To Book The Hotel

For World Aquaculture Singapore 2022 we have partnered with Singapore Airlines to provide special rates for traveling to Singapore. Use the link below and enter the promo code of WAS22.

Singapore ground transportation for the meeting is available

We are more than happy to announce the tours available as part of this meeting. You can register for any of these tours as part of your meeting registration.