LACQUA19 is the 2019 Annual meeting of the Latin American & Caribbean Chapter of World Aqauaculture Society.

Following upon the previous successful LACQUA meetings, LACQUA19 will bring international attention to the aquaculture industry of Costa Rica and Central America.

LACQUA19 will be held in San José, the capital of Costa Rica. . A region known for its enviable biodiversity and tourist attractions, Costa Rica makes a fantastic venue for LACQUA19. Aquaculture in Costa Rica is characterized by tilapia crops and other species such as shrimp and marine species.

LACQUA19 presentations will be given mainly in Spanish, but Portuguese and English are also possible. The conference will include all major aquatic species cultured in Costa Rica and the other LAC countries with a special focus on tilapia, trout, shrimp and marine species.

LACQUA19 includes a large trade exhibition of aquaculture suppliers from Latin America and around the world displaying the latest in equipment, feeds, supplies and services. 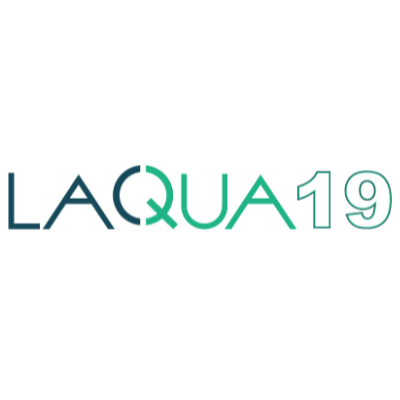 THE CHALLENGES OF AQUACULTURE OF THE 21ST CENTURY

Dr. Enric Gisbert Casas, PhD, is a specialist in fish nutrition and physiology, responsible for the Aquaculture Program of the Agrifood Research and Technology Institute (IRTA) in Spain. He has published numerous scientific articles and has collaborated in research projects in Europe, America and Asia. He is coordinator of the Cyted LARVAplus Network (Strategies for development and improvement of fish larvae production in Ibero-America), made up of researchers from 19 universities and research centers, plus 9 companies, belonging to Ibero-American countries, including three countries of Central America and the Caribbean.

Dr. Luís E C Conceição is an expert in fish nutrition and metabolism, has published a large number of scientific articles and collaborates in a large number of projects, including projects in Latin America. He has a master's and doctorate in aquaculture from the University of Wageningen in the Netherlands. For several years he has been head of research and development at SPAROS, a spin-off company of the Center for Marine Sciences of the University of Algarve, Portugal, which is dedicated to innovation for the development of new products, technologies and processes for the feeding of fish. Coordinator of several national projects and the EC-FP6 SEACASE project. Vice President of COST Action Larvanet.

COULD AQUACULTURE FULFIL THE INCREASING WORLD DEMAND ON OMEGA-3?

Dr. Marisol Izquierdo studied Biological Science at Madrid-Complutense University, obtaining the Bachelor´s degree in Marine Biology at La Laguna University (1983). Has a Master in Fisherires Sciences and conducted her PhD thesis at Tokyo University of Marine Science and Technology. She is the director of the Institute ECOAQUA from ULPGC. She has published more tha 240 articles in scientific journals, 12 book chapters, several reviews and has supervised ober 30 PhD dissertations.

We have arranged some great rates at several hotels within a short driving distance to Convention Center.

For reservations at the conference venue, use these links: