Within the last decade, advancements in genetic engineering technologies have increased the efficiency at which these techniques can be applied in animals, including fish. An animal is considered genetically engineered if its DNA has been intentionally and artificially altered to achieve a specific trait. The most common genetic engineering strategies include transgenics and gene editing, the latter of which likely has the greatest potential to advance the genetics of food production.

Transgenesis describes the process of introducing foreign DNA into a host animal's genome. This foreign DNA can be chemically synthesized or be obtained from another species and is typically introduced with the intent to express a foreign protein, resulting in a desired trait. Similar to transgenesis, gene editing technologies alter the genome of an organism. The difference between gene editing and transgenic techniques is that gene editing manipulates the genome by deleting or replacing regions of a gene; this can be achieved both with and without introducing foreign DNA, the latter of which avoids the transgenic label. While several gene editing technologies are available, the technology with the greatest momentum in aquaculture is defined by its acronym CRISPR/Cas9. The most common method to edit genes in fish is to microinject active CRISPR/Cas9 reagents into fertilized eggs that cut genomic DNA at a specific location, usually within a predetermined target gene. The cell recognizes the injury and uses its own machinery to repair the damage, a process that can disrupt expression of a functional protein as the DNA sequence of the repaired region often differs from what was originally present. Because this process does not require the integration of foreign DNA into the genome, the resulting genetically engineered animal is not considered a transgenic.

The first and only genetically engineered animal approved for human consumption is the transgenic AquAdvantage salmon, an Atlantic salmon containing a Chinook salmon growth hormone gene under control of an ocean pout promoter that exhibits increased growth rate and improved feed conversion ratio. It took 24 years from the initial submission of the Food and Drug Administration application (1995) until final approval for AquAdvantage salmon to be imported and produced in the United States (2019). In the United States, genetically engineered animals produced for food are evaluated under “new animal drug” approval procedures, and the AquAdvantage salmon approval process was particularly lengthy and rigorous due in part to the pioneering nature of the application and political opposition. In the United States, genetically engineered animals produced by gene editing would currently be subject to the same approval process, which understandably dissuades livestock and aquaculture industries from investing in gene editing technology. However, international markets such as Argentina, Australia, and Brazil are exhibiting greater tolerance for animals produced by gene editing, suggesting the potential for a global trend toward increased acceptance of gene editing technology as a means for increasing production efficiency and improving animal welfare. Companies are targeting these countries to bring gene‐edited animals, including fish, to market.

Gene editing technology utilizing CRISPR/Cas9 has been successfully performed in several aquaculture species, including Atlantic salmon, rainbow trout, catfish, tilapia, and carp (Chakrapani et al., 2016; Cleveland, Yamaguchi, Radler, & Shimizu, 2018; Datsomor et al., 2019; Khalil et al., 2017; Li et al., 2014; Osmond & Colombo, 2019; Wargelius et al., 2016; Zhong et al., 2016). Traits known to be significantly regulated by a single gene present themselves as obvious targets for gene editing as some production traits can be predictably improved by simply targeting/disrupting one gene. For example, disrupting the dead end (dnd) gene induces sterility; editing the myostatin (mstn) gene increases muscle growth; and targeting a fatty acid elongase gene (elovl2) increases deposition of eicosopentaenoic acid (EPA), a heart‐healthy omega‐3 fat, in fillets. However, in addition to the obvious regulatory hurdles, commercial implementation of gene editing technology is not as streamlined as editing a single gene and achieving superior genetics; there can be additional challenges and unintended consequences associated with gene disruption. For instance, prior to commercialization, a reliable and cost‐effective means for reversing sterility in broodstock with dnd disruption must be developed to produce sterile offspring. Fish with mstn knockout exhibit indications of immunosuppression, suggesting they may be more susceptible to disease, and the disruption of elvol2 reduces the abundance of several fatty acids, including some essential omega‐3s, indicating that these fish may require unique feeding strategies to account for changes in lipid metabolism. Despite these challenges, utilizing gene editing technologies can potentially offer dramatic advances in efforts to produce fish with superior genetics.

In addition to the “single gene‐single trait” approach, researchers in aquaculture are using genetic engineering as a tool to understand the molecular regulation of economically important production traits such as growth, reproduction, disease resistance, and pin bone formation. Using gene editing to knockout one or more genes will generate a loss‐of‐function phenotype, thus providing insight into the functions of genes and proteins that underlie the biology of production traits. This approach can be used to unravel genome‐to‐phenome relationships, improving our understanding of how DNA/genetic variations between fish, whether between individuals, breeding families, or distinct genetic lines, contribute to variations in traits or phenotypes. Understanding the genome‐to‐phenome relationship is critical for establishing novel breeding strategies to more efficiently develop superior genetics. In this manner, the knowledge gained from gene editing research can provide for genetic advancement, independent of commercializing a genetically engineered fish.

Precision breeding represents a potential breeding strategy that could one day integrate gene editing with ongoing selection efforts to accelerate genetic gains. Precision breeding would use gene editing to integrate specific genetic sequences that confer a known trait to a population that lacks those polymorphisms. In doing so, desirable traits can be transferred between members of the same species without the genetic dilution that occurs with conventional breeding. This strategy could benefit aquaculture production efficiency and animal welfare by, for example, developing customized lines of fish with a unique set of traits optimized for different production environments. For example, breeding a line of sea lice‐resistant Atlantic salmon with a line that is resistant to infectious hematopoietic necrosis (IHN) will likely result in offspring with inferior resistance traits compared to the parental lines. However, a precision breeding approach would use gene editing to integrate only the gene sequences that confer sea lice resistance (called causal variants) to the IHN‐resistant line, effectively transferring the essential genetics of sea lice resistance without diluting either trait. Although this approach offers a great deal of promise for genetic improvement, precision breeding requires knowledge of the causal variants that confer desirable (or undesirable) traits and the technology to collectively edit numerous genes. Ongoing research will continue to make advancements in these areas to potentially translate the concept of precision breeding into a future reality.

Genetic engineering technologies, especially gene editing, have the potential to rapidly improve the genetics of food production. Advancements in gene editing technologies and our understanding of the genomic regulation of traits are central to the development of innovative breeding strategies that utilize genetic engineering approaches. However, this concept cannot be realized without a more efficient regulatory framework for approving genetically engineered animals as food products. Aquaculture researchers and industry players may also benefit from collaborating on a strategic approach regarding which species and genetically enhanced trait has the greatest potential to gain consumer acceptance. Progress on these limiting factors will require open and extensive dialogue between researchers, industry users, regulatory officials, and consumer groups regarding the consequences, benefits, and risks of genetically engineered animals. The Journal of the World Aquaculture Society is committed to publishing manuscripts that support rigorously researched advancements in the development and appropriate application of genetic engineering technologies in aquaculture. 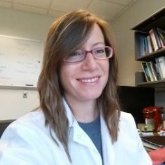