Inflation: The problems for aquaculture 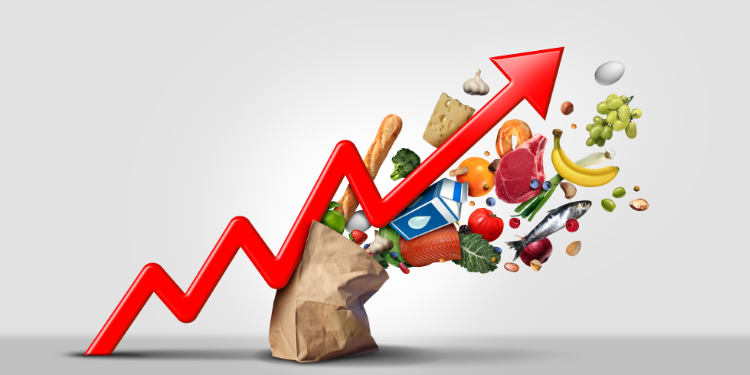 Inflation has been a popular news topic in 2022, with reports that inflation has reached its highest rates in 30–40 years in some countries (Davies, 2022). Aquaculture farmers in countries with rapidly increasing rates of inflation are rightly concerned about the effects of increasing costs. Yet the effects of inflation on aquaculture farm businesses can extend well beyond those of increased production costs alone.

What is important to understand is that the farm-level effects of inflation are closely intertwined with those of various government policies that include both fiscal (i.e., spending, taxation) and monetary (interest rates established by central banks that affect the money supply in the economy) policies. Economic conditions and government policies change over time, sometimes quickly, making it difficult to unravel what the ensuing effects may be on business conditions. This editorial will first provide some brief overall context for discussions of inflation rates, including the underlying causes, and will then examine potential implications for global aquaculture.

Defined simply, the inflation rate is the rate at which prices across the economy are increasing. Deflation is the rate at which prices are decreasing across the economy. It is important to understand that deflation can be as serious, often more devastating, than inflation. Deflation can result when economic slowdowns lead to reduced consumer spending that leads to excess supplies of goods and services, forcing businesses to drop prices to sell products to generate cash flow. While consumers may enjoy lower prices, when prices drop below the cost of production for some amount of time, businesses fail. Failing businesses lead to fewer jobs, less disposable income for consumers to purchase goods, and can lead the economy to spiral down into a recession (US examples of 1973–1975; 1981–1982; and 2007–2009), or worse, what is termed the Great Depression in the United States from 1929 to 1941.

A low rate of inflation typically indicates a strong, growing economy. In the United States, the Federal Reserve Board is charged with conducting monetary policy and has established a targeted inflation rate of 2%. High rates of inflation mean that consumers can no longer purchase the same quantities of goods and services with their income. As inflation rates spiral upwards, consumers have to make increasingly difficult decisions about what they can no longer afford to purchase and focus their spending on the most essential items.

At any given point in time, there typically are countries that have experienced economic difficulties and/or misguided government policies that have led to either high inflation rates or deflation. At the time this editorial was written, Venezuela was experiencing the world's highest inflation rate, of 1198% (Davies, 2022). While Venezuela historically has had a strong economy, governmental policy of continued high spending levels on social programs, despite the depression triggered by the oil price collapse of 2014–2016, led to its hyperinflation rates.

There is little question that the primary driver of global economic conditions has been the COVID-19 pandemic and the ensuing economic shutdowns to contain the spread of the virus. The economic shutdowns led to high rates of unemployment that, by April, 2020, had reached 14.7% in the United States (Jordà et al., 2022). The US government response focused on fiscal policies that involved unprecedented economic stimulus packages. In March, 2020, the $2.2 trillion Coronavirus Aid, Relief, and Economic Security (CARES) Act was signed into law, followed by $910 billion in the Consolidated Appropriations Act, and an additional $1.9 trillion in the American Rescue Act. Such high levels of direct fiscal support have clearly triggered inflation in the US economy. Subsequent economic disruptions in global supply chains, labor shortages, and the ancillary effects of the Russian invasion of Ukraine on oil and grain supplies have further exacerbated inflation rates around the world.

What might the 2022 rates of inflation mean for aquaculture around the world? Aquaculture producers in high-inflation countries are contending with rapidly increasing prices for most inputs, from feed to fuel to labor. Farms are implementing cost control measures as they can to manage cash flow and maintain economic viability. Of greater difficulty than managing increased costs on aquaculture farms, however, is the cost–price squeeze that is developing. Many aquaculture products, especially in the major seafood markets of the United States and the European Union, are what economists refer to as price-elastic products. Price elasticity refers to how much the quantity demanded changes when prices change. Price-elastic aquaculture products and seafood generally face declining quantities demanded when prices go up. With increasing prices, consumers have to re-evaluate their spending and focus first on purchasing their most essential items (which often does not include seafood for consumers in the United States and the European Union). Thus, despite increasing costs of production, many aquaculture producers have difficulty passing these cost increases through to consumers. In countries where some types of seafood are viewed as essential goods, producers of those species may be able to pass cost increases through to consumers, but in countries where seafood is more commonly a luxury good, that will not be the case.

There have been increasing reports in seafood marketing trade publications of restaurants removing seafood items from their menus because the prices have risen beyond what is affordable for many of their patrons. For example, in 2022, lobster (Spiegel, 2022), scallops, blue crab, halibut, and other finfish were removed from menus because their patrons could not afford such high prices (Feuer, 2021; Jackson & Krader, 2021). Thus, the quantity demanded of aquaculture products may well decrease in major world markets such as the United States and the European Union, as a result of increasing prices.

Inflation rates frequently are accompanied by other types of economic effects on businesses. The major monetary tool used by the Federal Reserve Board in the United States to control inflation is that of interest rates, technically referred to as the federal funds rate. This rate is what banks use for borrowing and lending their excess reserves to each other. Increased federal funds rates lead to increased interest rates overall. Since interest rates, in economic terms, represent the cost of the use of capital, rising interest rates mean that the cost of capital will go up. Increased costs of capital lead to a reduced money supply. Thus, not only will interest rates go up on loans for operating lines of credit and other borrowing to aquaculture producers, but reductions in the supply of money mean less investment. Increasing interest rates have been used successfully to reduce inflation, but given the many other factors that affect overall economic performance, it is difficult to know precisely how much of an increase in interest rates will have a sufficient but not excessive effect. In the 1970s, high rates of deficit spending by the US government led to double-digit inflation rates. With such high rates of inflation, it was necessary to raise interest rates aggressively to bring inflation under control. The rapid increases in interest rates in the 1970s triggered recessions in the 1980s (Ha et al., 2022).

Fears are growing that there will be a repeat of the stagflation (high inflation combined with stagnant demand) of the 1970s in 2022 and beyond. Time will tell whether a recession is in the near future for the United States and elsewhere and, if so, how severe it might be. If so, the price elasticity of seafood demand suggests that seafood sales (including aquaculture sales) would fall off more quickly than sales of other types of animal protein sources. Even in the absence of a recession, the challenges of passing cost increases through to consumers with the same volume of sales will pose difficulties for aquaculture producers.

What can aquaculture producers do, given increasing rates of inflation in many countries? Unfortunately, there is no one answer for everyone because aquaculture businesses, the customers in their targeted markets, and local economic conditions are so different. However, the growing unease and economic uncertainty means that this is a good time to re-evaluate the farm's business plan, with particular attention to cash flow over the near term. Strict attention to controlling costs and operating in a lean, efficient manner is more important than ever, as is keeping an eye out for new marketing opportunities. War-game scenario planning can be helpful to develop plans for worst-case as well as more hopeful scenarios.

Macroeconomists continually monitor, analyze, and evaluate national economic trends in countries around the world. Much less attention, however, has been paid to how macroeconomic policies and factors affect specific markets for aquaculture products. More work is needed, particularly given the diverse consumer preferences across larger seafood markets such as the United States and European Union.

More importantly, however, is the need for government policies that support strong economies. Strong economies are those with stable, moderate growth, relatively low unemployment, and efficient supply chains in which aquaculture businesses can thrive. 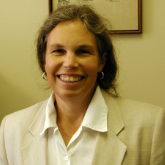 Former JWAS Editor in Chief - Carole Engle has devoted more than 35 years to aquaculture research, extension, and teaching. In addition to publishing more than 110 scientific articles, four books, and more than 80 extension publications, she has a combined 49 years of editorial experience, including serving as Editor-in-Chief of Aquaculture Economics and Management. She has been honored with numerous awards from the U.S. Aquaculture Society, the National Aquaculture Association, the Catfish Farmers of America, and the Catfish Farmers of Arkansas. Engle was on the faculty of the University of Arkansas at Pine Bluff (UAPB) for more than 27 years and, as Director of the Aquaculture/Fisheries Center and Chairperson of the Department of Aquaculture and Fisheries, led it through a period of rapid growth, development, and expansion.